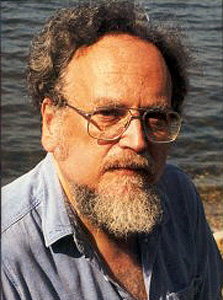 Born in Chicago, Muczynski studied piano and composition at DePaul University with Alexander Tcherepnin, who was his most significant mentor. Initially he pursued a career as a composer-pianist, becoming a persuasive exponent of his own music. During the 1960s he moved to Tucson, joining the faculty of the University of Arizona as composer-in-residence. He held this position until his retirement in 1988. For the rest of his life he remained in Tucson, where he lived with his partner, documentary filmmaker Harry Atwood.

Muczynski concentrated his compositional efforts on works for solo piano and pieces for small chamber combinations. His music speaks the language of mid-20th-century American neoclassicism, tempered by a romantic sense of mood and affect. One might identify its underlying stylistic currents with reference to the phraseology of Bartók, the harmonic language and overall rhetoric found in the piano works of Barber, a fondness for 5- and 7-beat meters reminiscent of Bernstein, and a piquant sprinkling of “blue-notes” within its melodic structures. The music is modest, soft-spoken, earnest, and unpretentious in character, and is developed according to techniques that are thoroughly traditional—some might say conventional. The result is a friendly modernism—tonal but not reactionary, peppered with light dissonance and energetic asymmetries of rhythm—always expertly tailored to highlight the artistry of the performer in a manner idiomatic to the featured instrument.

It is not hard to understand why his pieces have been favored by music teachers and are often used as test-pieces in competitions. Indeed, music like this is easy to patronize—or would be, if it weren’t for what might be termed its essential honesty. Without ostentation, pretense, or much alteration of his basic style, Muczynski produced piece after piece of authentic musical expression, without hiding behind any of the compositional smokescreens to which so many composers resort. I am not referring only to the modernist smokescreens of technical complexity, originality, and pseudo-profound obfuscation; Muczynski also shunned empty virtuosity, grandiosity, overpowering emotionalism, opulent sonority, and eccentricity—the kinds of smokescreens to which more conservative composers fall victim in their weaker moments. Muczynski’s pieces tend to be short because his music is pure substance—nothing but the aesthetic basics: straightforward yet distinctive themes and motifs, woven into clear, transparent textures, developed logically but imaginatively into concise, satisfying, compelling formal entities.

An overview of his output reveals how little Muczynski’s style changed over the course of four decades—perhaps moving from more overt reference to his musical models to a broader, freer expressive palette—holding steadfastly to a relatively narrow creative range. Yet what is most remarkable is how consistently high was the quality of its thematic material, its expressive content, and its workmanship, so that the music continues to sound fresh and imaginative, with little sense of redundancy. Some may find his music “tame,” but within the boundaries of its own language, there is plenty of dynamism and verve. In fact, after having been familiar with most of his music for several decades, I find virtually nothing—not even the simple Duos for flute and clarinet—less than fully realized.

Readers whose interest has been piqued may be pleased to learn that they can satisfy their curiosity and gain a thorough familiarity with Muczynski’s music through four compact discs—two on one label and two on another. What may well be the composer’s masterpiece is his Sonata for Cello and Piano (1968). A brilliant performance, featuring cellist Carter Enyeart and pianist Adam Wodnicki, may be heard on Centaur CRC 2300. Also among his finest pieces are three piano trios and a string trio. (In fact, the Piano Trio No. 1 [1967] would be my choice as the ideal introduction to Muczynski). These trios, along with a piece for cello solo, may be found in stupendous performances on another Centaur CD: CRC 2634. (For these pieces the aforementioned cellist and pianist are joined by violinist Robert Davidovici.) These CDs can be found at www.centaurrecords.com. Virtually all of Muczynski’s piano music can be heard in authoritative performances by the composer himself on two CDs: Laurel LR-862 and LR-863 (www.laurelrecords.com). The Laurel discs are filled out by the Flute Sonata, the Time Pieces, and the Duos (1973) for flute and clarinet. Though he may never be the subject of elaborate scholarly discussions, Muczynski’s music seems likely to retain a strong foothold in the repertoire during the years to come—and that is the ultimate dream of every composer.