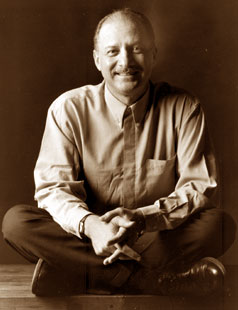 Daniel Catán, a Sephardic Jew, was born in Mexico City in 1949. At the age of 14 he went to England to study, earning a degree in philosophy from the University of Sussex in 1970, and a degree in music from the University of Southampton in 1973. He then came to the United States, earning a PhD in composition at Princeton, under the tutelage of such apostles of 12-tone dogma as Milton Babbitt, Benjamin Boretz, and J.K. Randall. Then, in 1977, he returned to Mexico City, where he occupied himself with teaching, composing, and writing articles on the arts.

Despite his rigorous training in the principles and techniques of serialism, most of Catán’s music is readily characterized as “neo-romantic.” Although he has composed in many different forms, he has devoted particular attention to opera, and it is his works in this genre that have been building his reputation. Rappaccini’s Daughter, based on Octavio Paz’s poetic adaptation of a disturbingly haunting story by Nathaniel Hawthorne, was introduced in Mexico City in 1991, and subsequently produced in San Diego in 1994. Its resounding positive reception has led to subsequent performances, and in 1997 a complete recording of the opera was released by Newport Classics.

In 1996, on commission from the Houston Grand Opera, Catán composed Florencia en el Amazonas, inspired by the writing of Gabriel García Márquez. An overwhelming success with the Houston audiences, Florencia was subsequently produced in Los Angeles and Seattle. Houston Grand Opera produced it again several years later, and Seattle has programmed the work again for February, 2005. A complete recording of this opera was released last year on the Albany label, and was identified as a “best-of-the-year” selection by a number of critics. An orchestral suite from Florencia was premiered in Wisconsin in late 2003.

Catán is now completing his fourth opera, Salsipuedes, for production by the Houston Grand Opera later in 2004.

Writing operas in the “neo-romantic” style is not unusual for composers today—most new operas these days attempt to incorporate tonal melody and a sense of dramatic immediacy. But in many cases the music is tentative, half-hearted, and lame, or even inept. What distinguishes Catán’s writing from theirs is its boldness and flair in embracing and mastering a style often derided as “old-fashioned” or “derivative.”